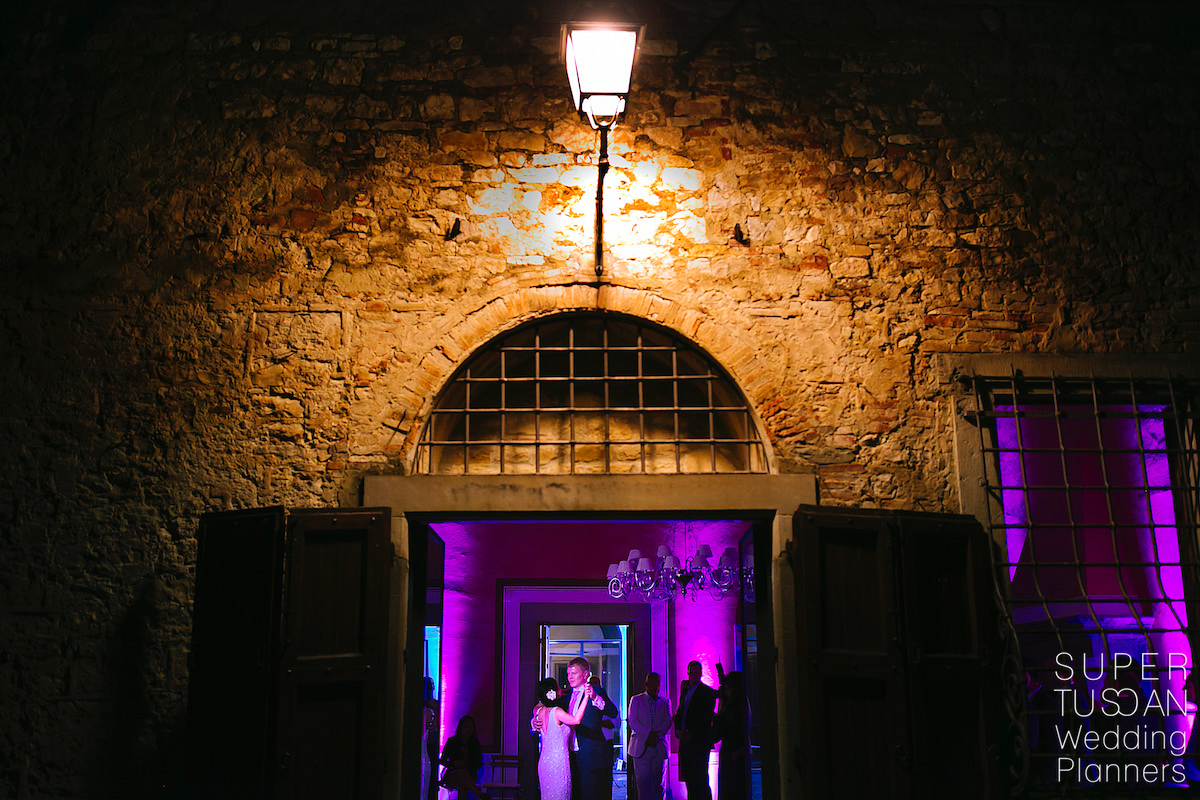 This lovely couple, Queenie and Bryan, decided to get married in September. They chose Chianti’s hills for their wedding and it has been a great success, even the rain!

The ceremony and the after party were in a real fairytale castle in Chianti. The ceremony was in front of the castle faces on an amazing Tuscan view and a spectacular rainbow. The aperitif and the dinner were inside the castle because of the rain, but their magical day wasn’t ruined.

But let the pictures talk! 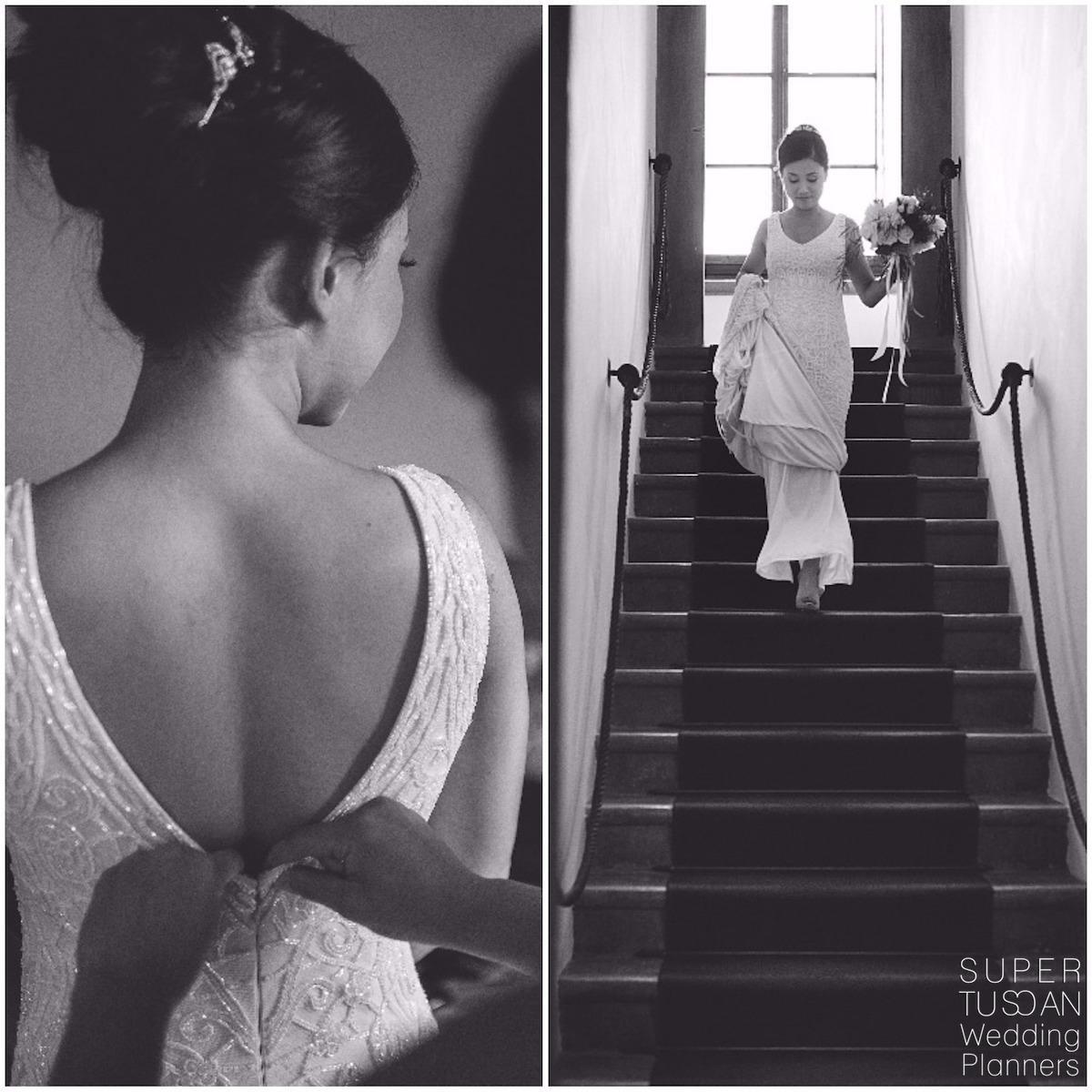 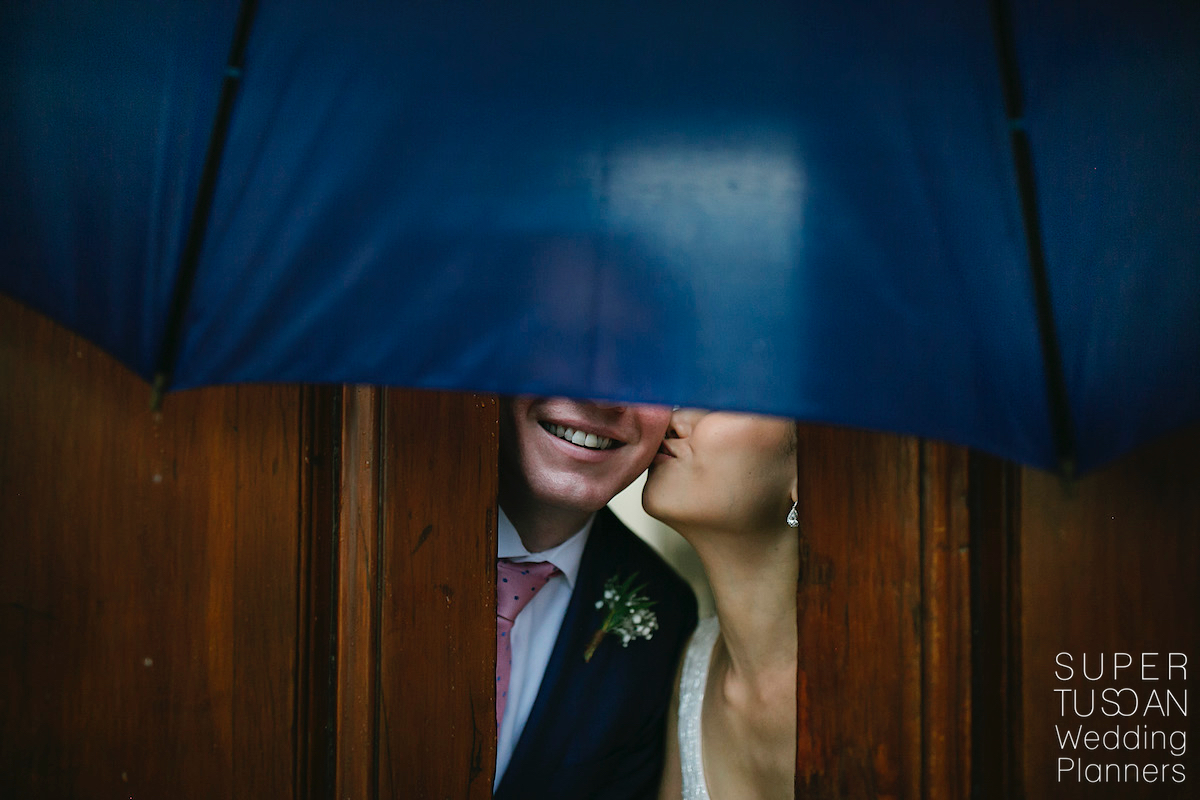 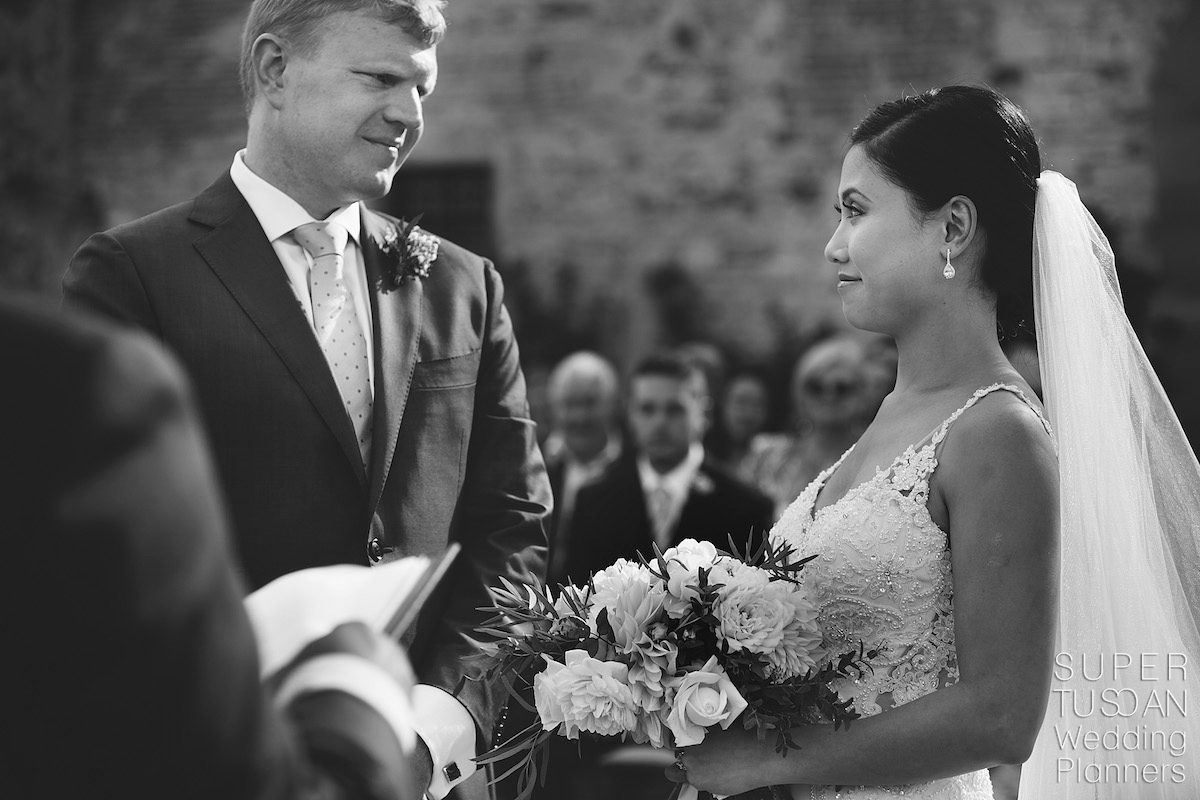 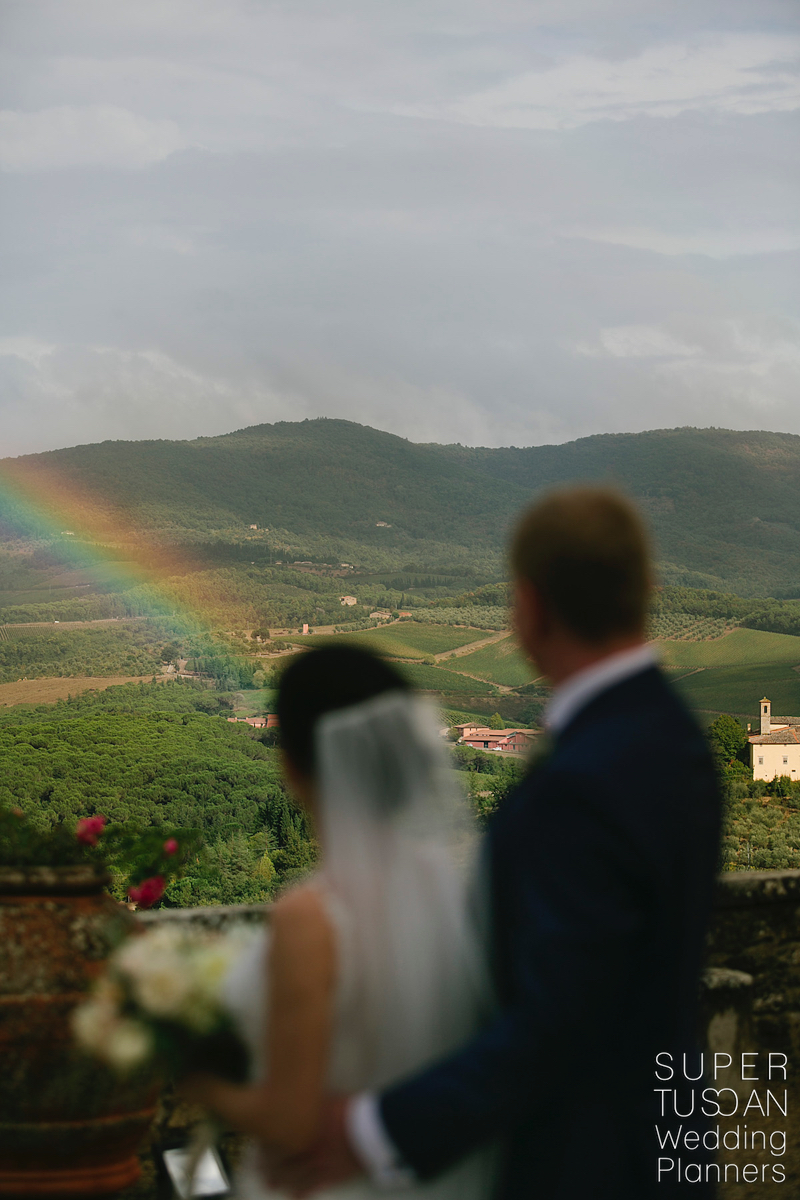 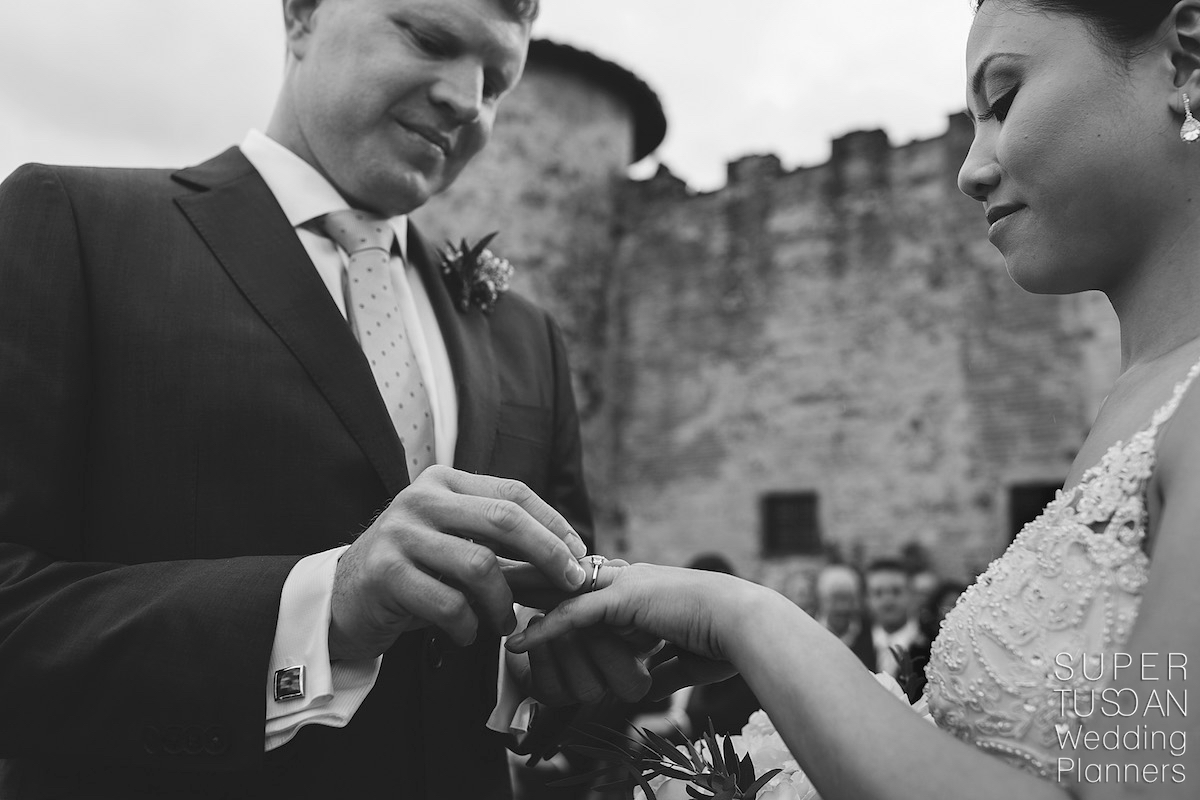 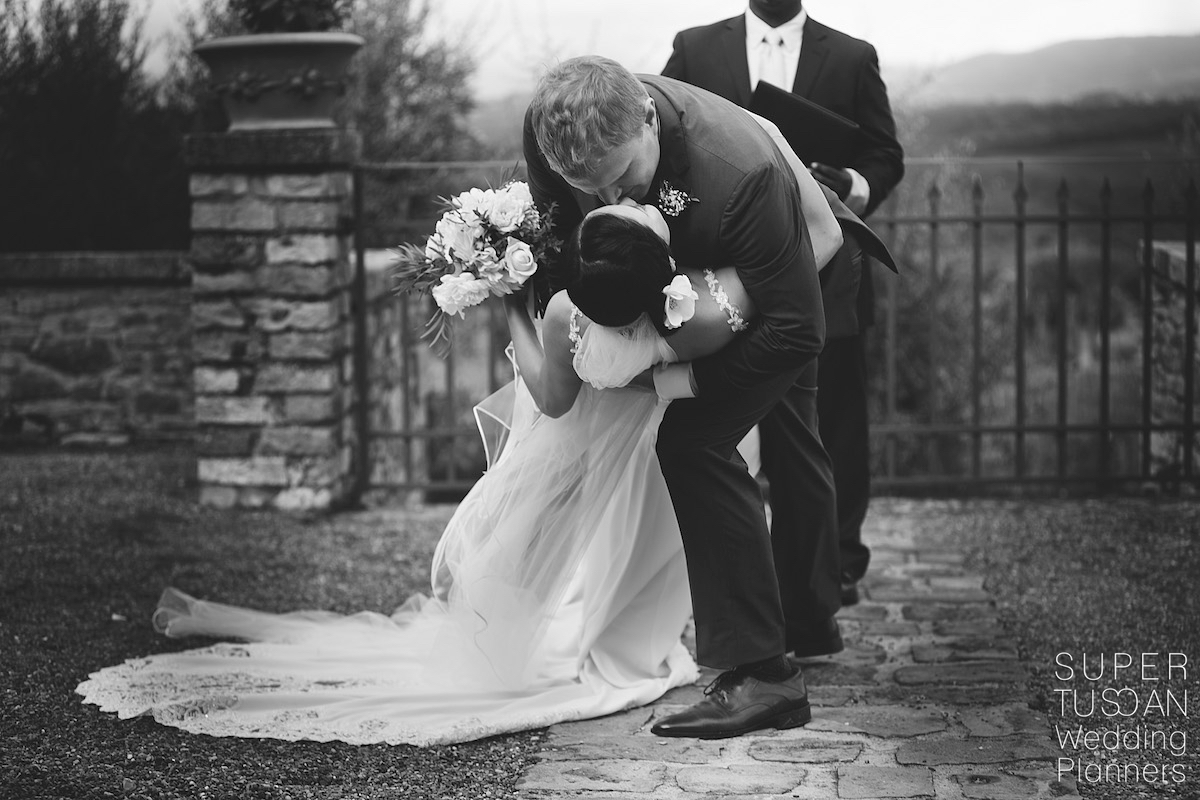 In Tuscany it usually doesn’t rain at the end of summer but this couple had a suprise and that day it rained a lot! Everyone knows that the wedding day is very exciting, but they were nervous  because of the weather too. Fortunately the weather got better for the ceremony and they get married in front of the castle with a beautiful rainbow as a frame. 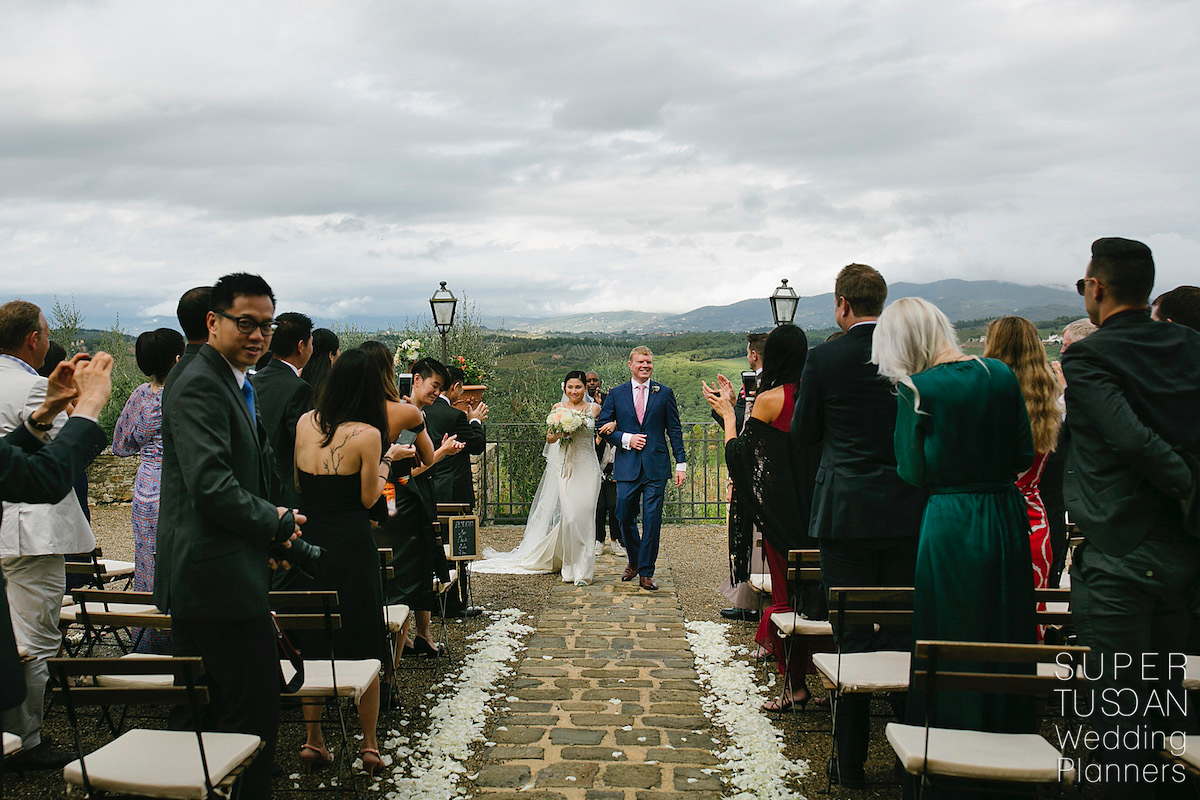 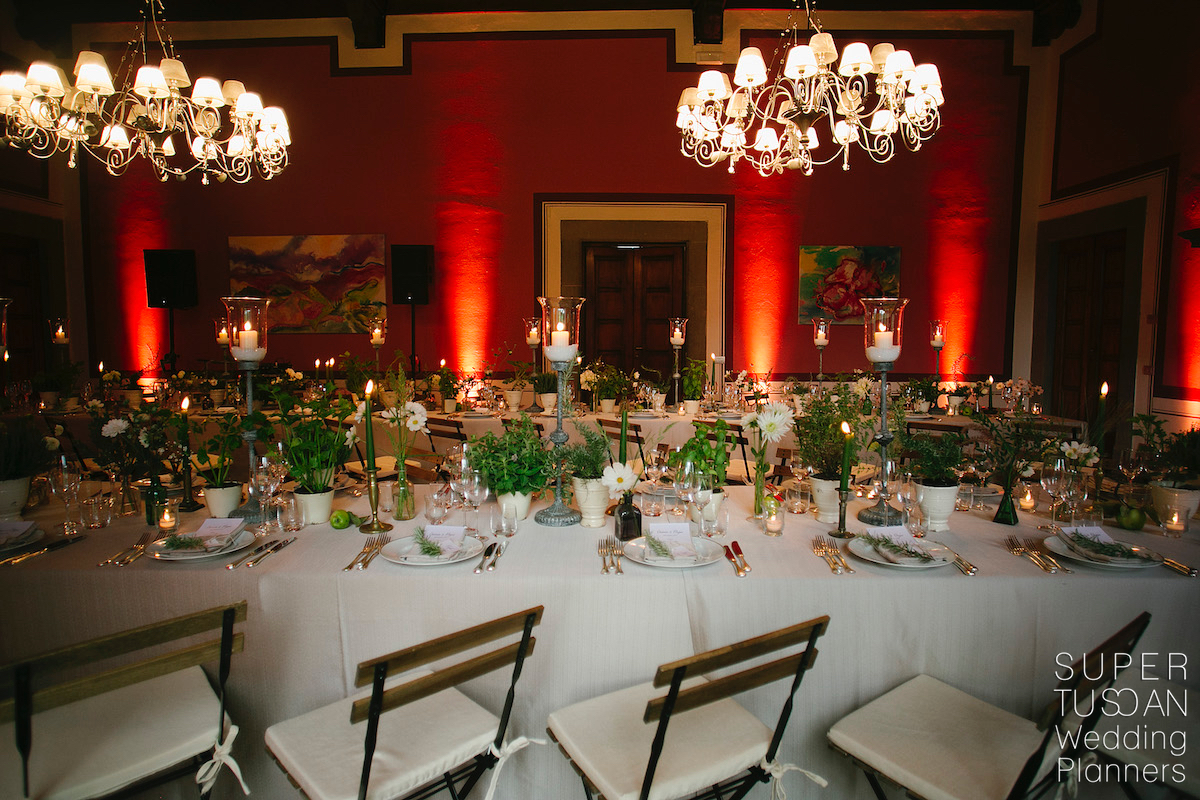 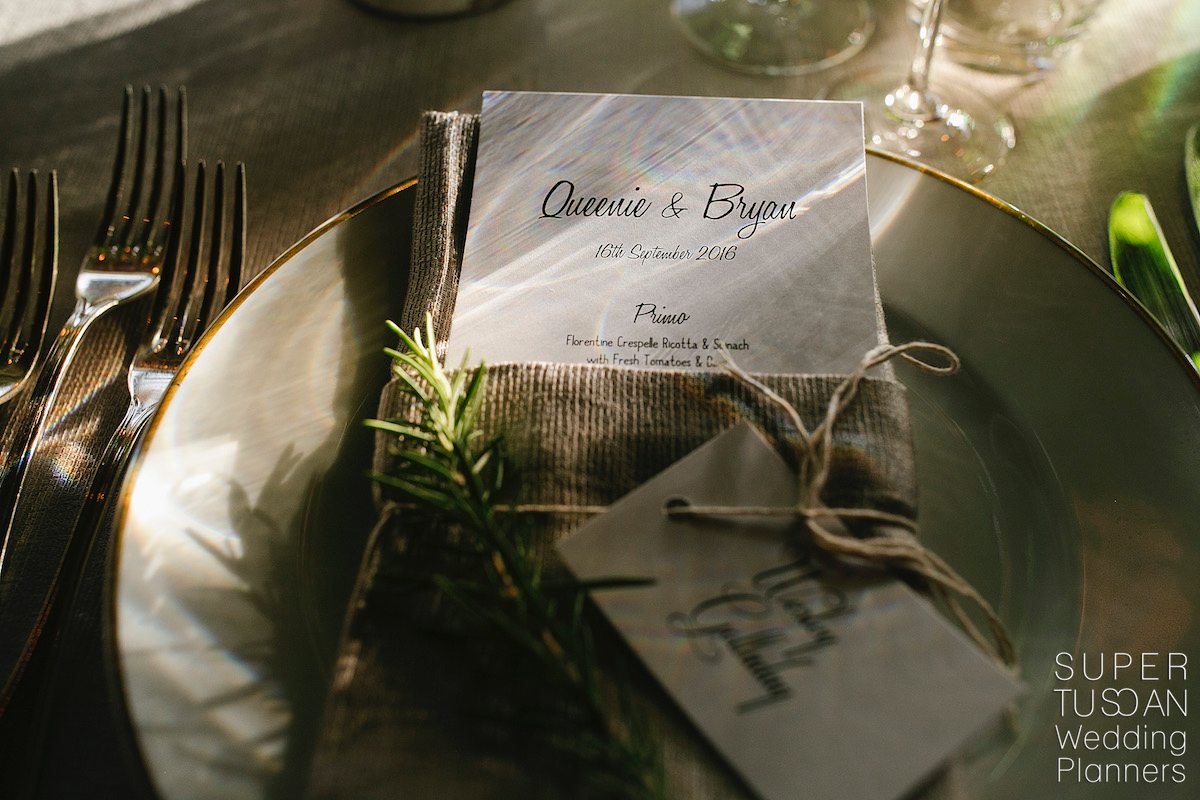 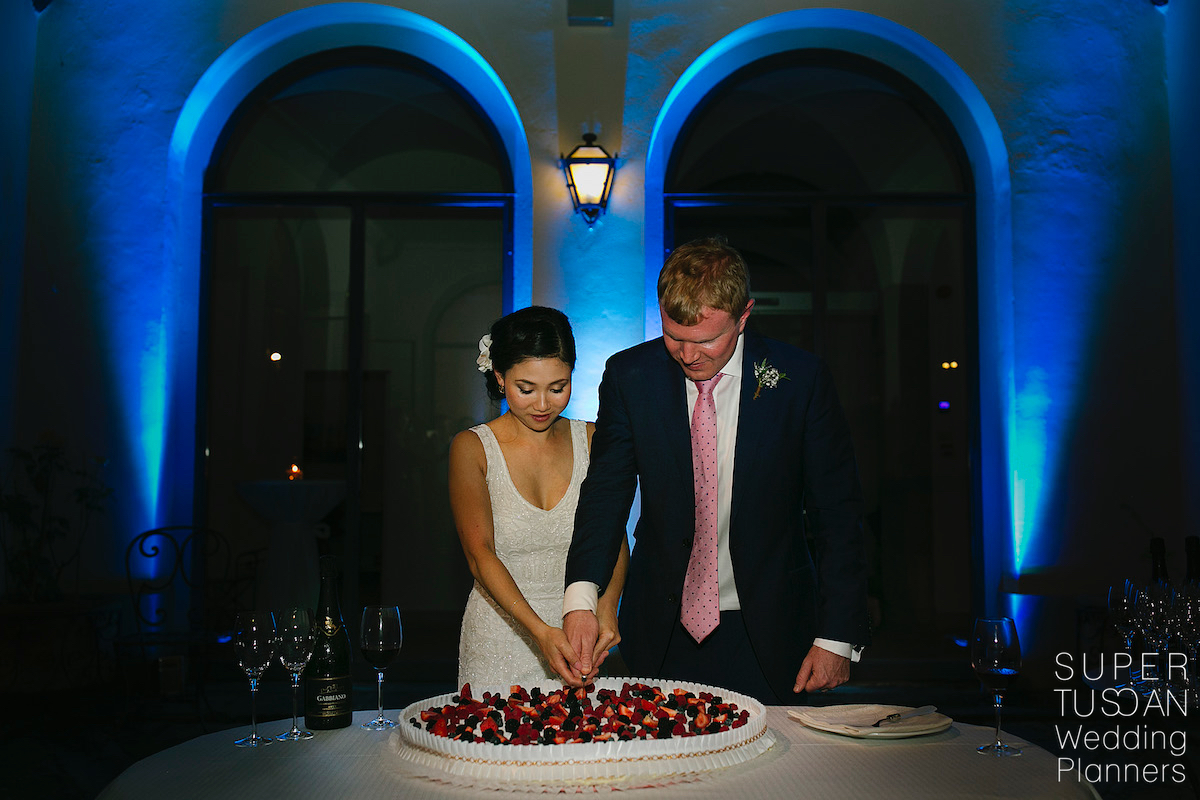 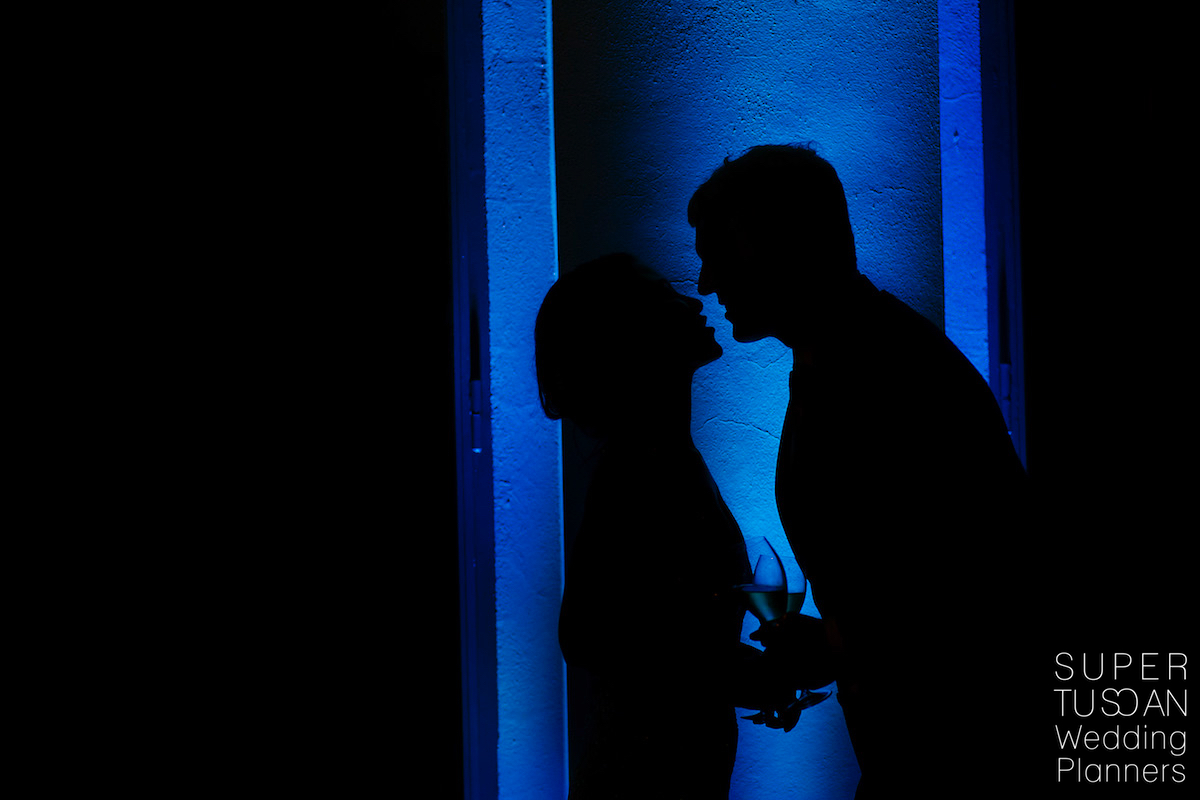 The bride went for two dresses, one for the ceremony and one for the shooting and the after party. The ceremony dress had lace and sparkles pieces, while sparkles completely covered the second dress. The shoes were very particular: they were green with some sparkles of course!

Dhalias and white british roses composed the bride’s and the bridesmaid’s bouquets.

Every little details was very romantic and so was the braidemaid’s dress, it was a light long violet dress. 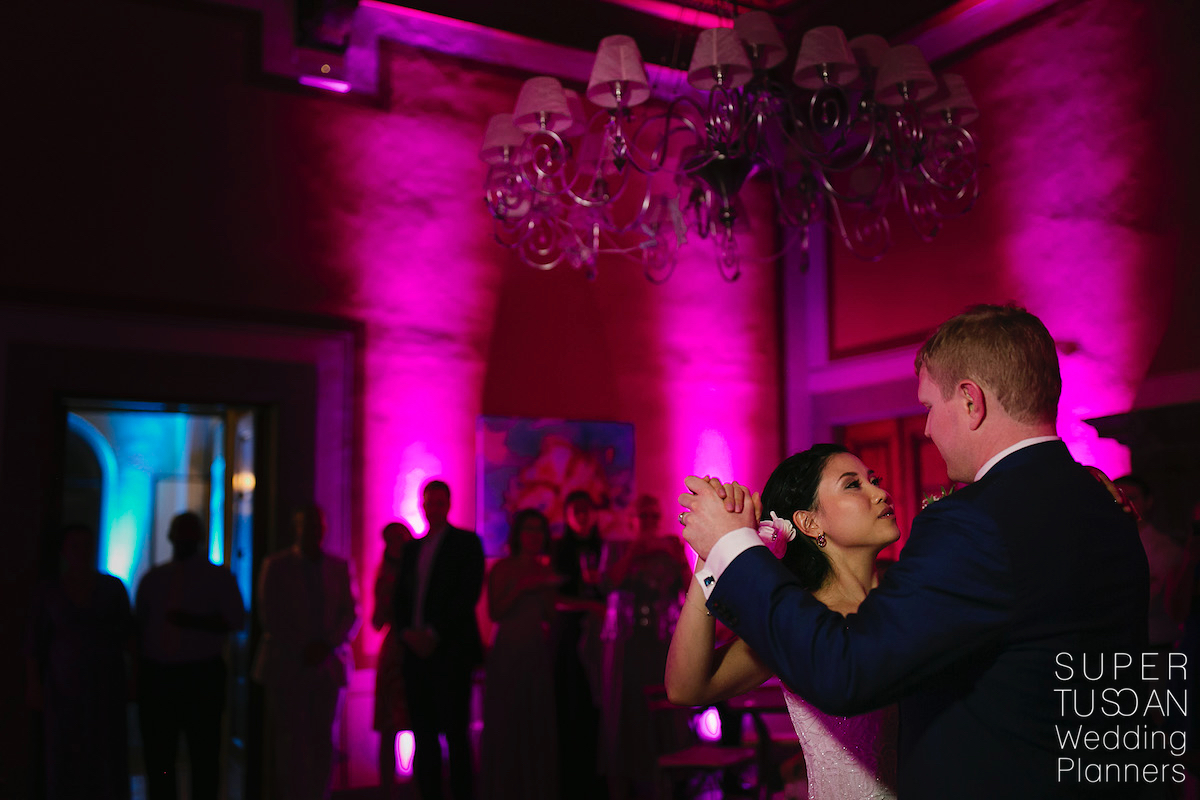 The colours of the wedding were white and green. In the dining room the atmosphere was warm and the decorations gave a modern touch. Inside the white vases were tanacetums and green plants. A little branch of rosemary was on the plate.

The aisle’s walls were covered with colorful paintings in modern style. 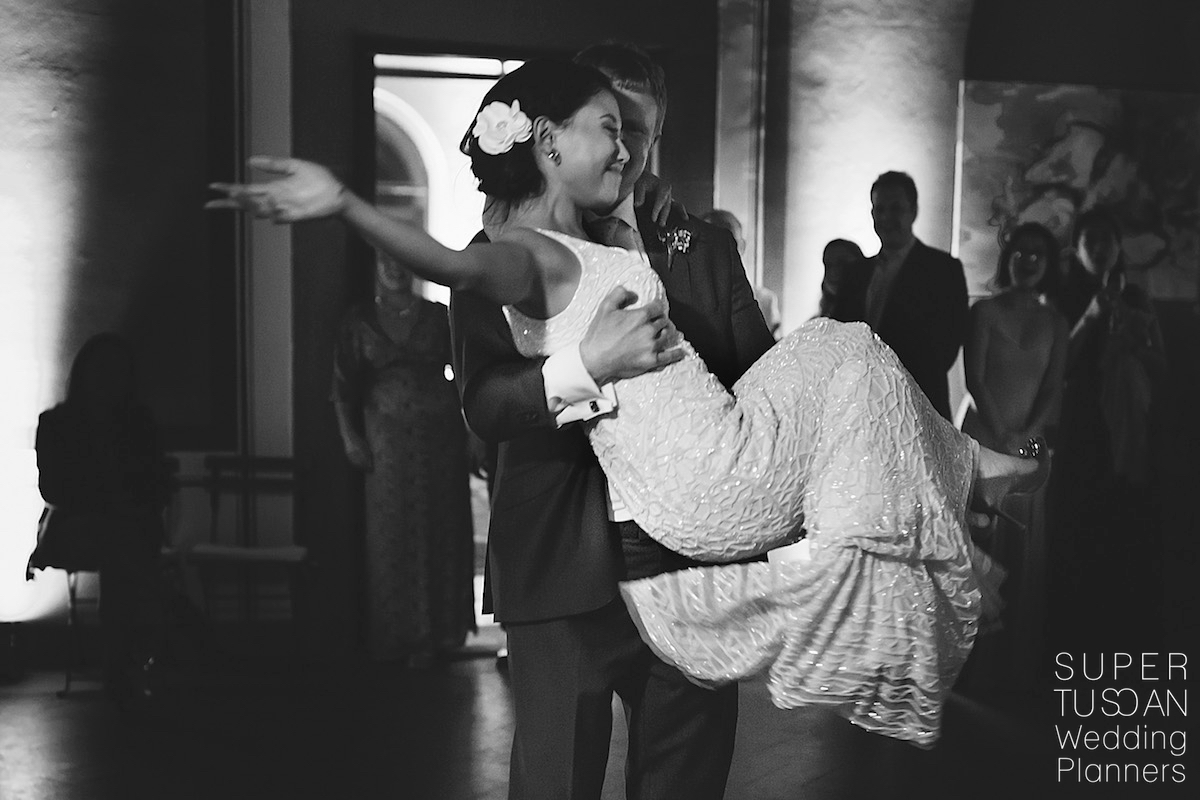 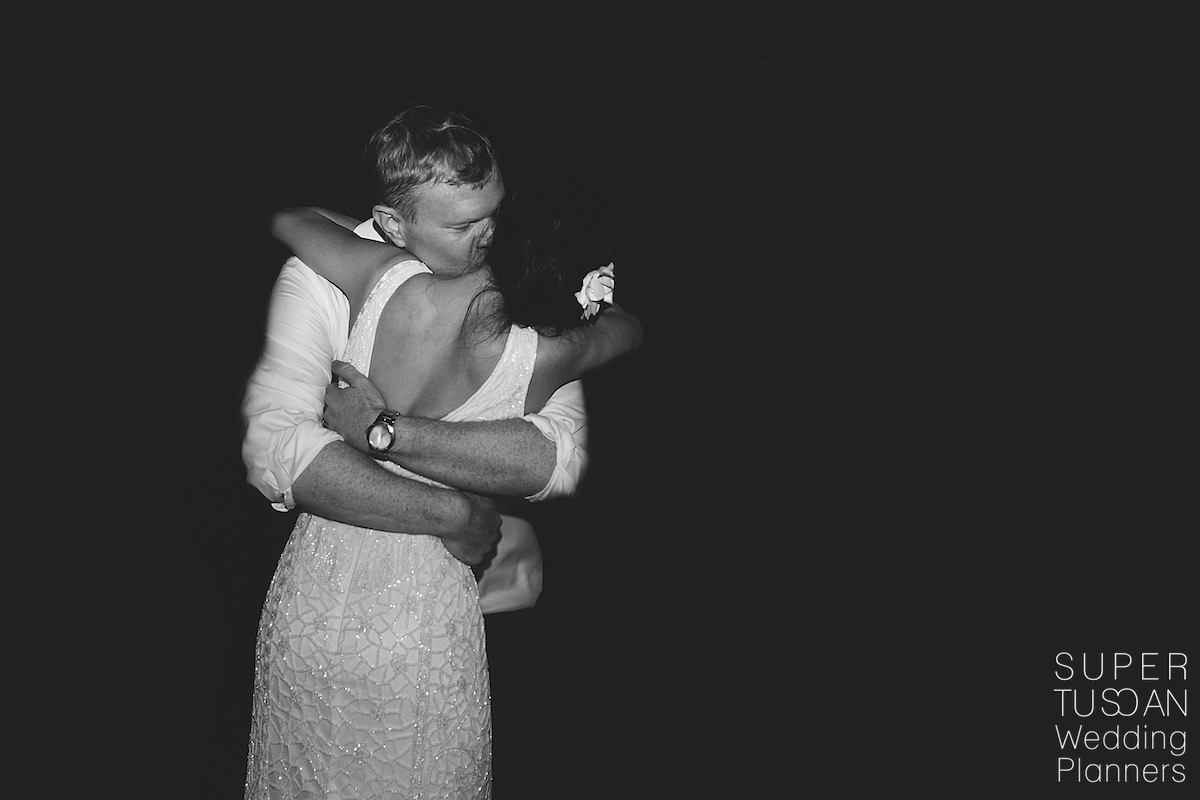 If you like this wedding, don’t hesitate to ask at our expert wedding planners in Italy at Super Tuscan to start planning yours!! 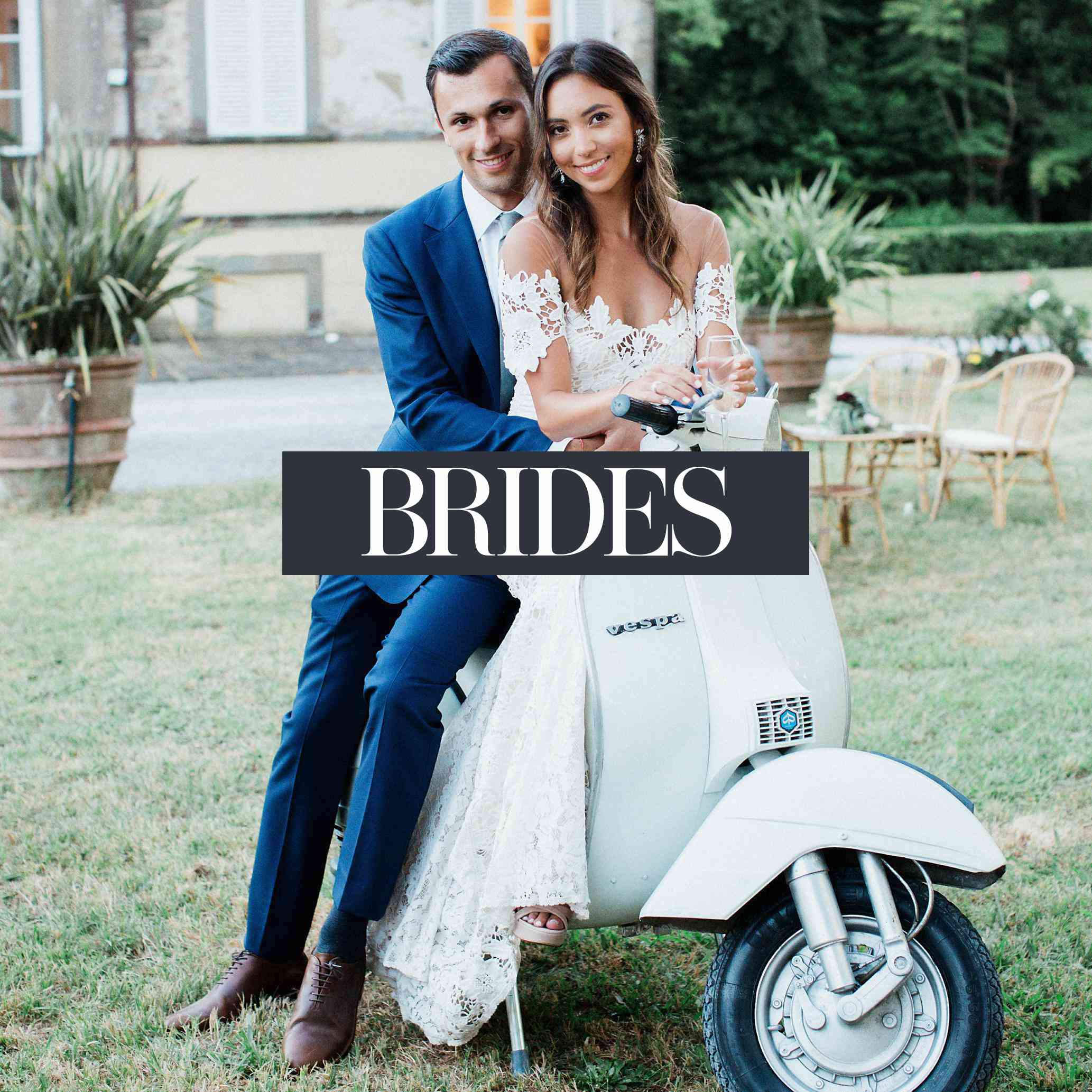 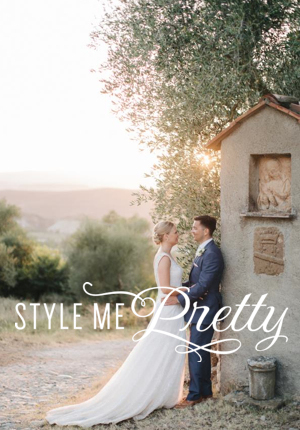 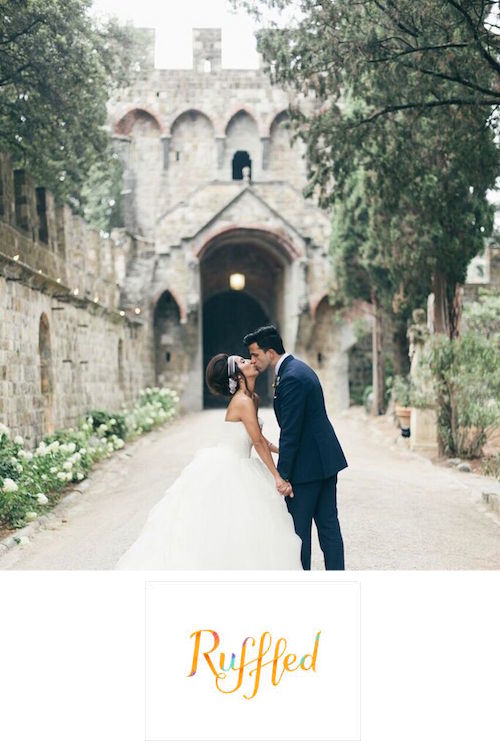 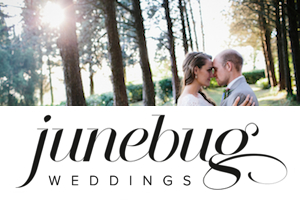